Making your own Media

An early descriptor for the social web was “small pieces, loosely joined”, coined by Dave Weinberger, where pieces meant pages on the web and the joining was with links. If I put a link to Fiona’s website here, then these two pages are joined in that you can follow that connection use it to build a map (as a search engine might to rank pages). But those pages were already joined socially in that I’m linked to Fiona because I have a relationship with her (she’s my wife).

The connection is loosely joined because this is merely a web page. It might be around forever, or it might be deleted tomorrow. As could Fiona’s site, were the domain to expire, or maybe she redesigns it and removed whatever it was I wanted to reference rendering my link useless. At the moment of publishing the connection is explicit and solid. As time passes it may or may not sustain. And that’s fine.

“Small pieces, loosely joined” is a good example of using something that happens perfectly normally in human societies to show how online activity by humans works in the same way as offline activity. The only fundamental difference is the connection is structurally different. Instantaneous communication across continents is a radically different form of communication, but it still results in a connection between two or more people. And so on. If you think about your relationship with all the other people in whatever you define as your “community”, with some notable exceptions what joins you will be fairly loose. We can lose contact for weeks or months or even years and often pick up where we left off. We don’t need to check in every minute to keep the connection going. Loosely joined is good enough.

To me, “small pieces, loosely joined” was an instruction not to worry about link-rot and to embrace the ever-changing fluidity of the internet. As resources vanish or expire, new resources replace them. The churn of human activity will produce a situation where enough useful information about most topics will be available a sufficient amount of the time, give or take. Frustrations will occur at the edges, but for the most part you can find out what other films that actor has been in, or how Lagrangian points are caused by competing planetary gravitation forces.

Now, that’s a nice general model, and it made a lot of sense in the early 2000s, but these days the Internet has drifted into large pieces, firmly joined, within which an ersatz copy of the Internet exists on their terms. Facebook, Twitter, YouTube, Tumblr, all function in the same manner as the web, but without the mess. That can speed things up and eliminate problems of spam and authentication, but the trade-off is thorough commercialisation of the platform and its users. The landlord must make a profit, so activity must be optimised to produce that profit above all else. This faux-internet is a bit like democracy under neoliberal capitalism - we feel like we’re free and have choices, but for some reason we’re miserable.

As noted in the last post, I’ve finally cut my ties with the faux-internet and am looking how I might put things online in the future. What am I already doing? What choices do I have? Here’s a quick list off the top of my head.

Blogging - I’m using Blot, a $20 a year service which monitors files in a Dropbox folder and turns them into a chronological weblog. I prefer writing in basic text-editors these days (Markdown has been a revelation over the last few years) so this suits me perfectly.

Websites - Nearly all my websites are generated using Jekyll which takes Markdown files, merges them with templates and produces a static HTML website. I was using Github to build and host them for free but have recently started generating them locally on my Mac and hosting on Updog which, like Blot, uses a Dropbox folder to sync and costs $24 per year. Jekyll is a bit tricksy to maintain so I wouldn’t recommend it to a novice and I’m looking for something a bit more stable long-term to use instead (maybe Hugo?) But the neat thing about a service like Updog is you could break out your HTML for Dummies book from 1998, type some basic markup in Notepad or TextEdit, throw it up there and it will work.

Newsletter - I was using Tinyletter because it’s a streamlined service, but it’s owned by Mailchimp, who are full-on surveillance marketing and that shit is evil, and Tinyletter was never that streamlined. I’ve been using Buttondown recently and like it a lot because it’s SO simple. All the cool kids seem to be using Substack which has a subscription model so you can generate income from your newsletter, which could be of interest if you’re actually writing something worth paying for. I would always recommend using a reputable service for mass emails. If you use a personal email account you’re more likely to get picked up as a spammer.

eBooks - I haven’t published an eBook for a while now but if I wanted to it would be surprisingly easy. I use a note-taking app called Bear which uses Markdown for styles and can export in a variety of formats including epub files. This is the other eBook format from the Kindle’s .mobi and is fairly well supported outside the Kindle ecosystem. And if you need to generate a Kindle book you can convert your epub to mobi fairly easily. Point being, generating a basic eBook is often as simple as generating a PDF.

PDFs - Don’t underestimate the power of the humble PDF, especially if images and formatting are important to you. Designers produce PDFs to send to a printer knowing that it will print to spec. You can do the same with your digital zine - just export it as a beautiful PDF ready to print on people’s laser printers, like this guy just did with his words. And, on a Mac anyway, you can get rid of Acrobat - all the tools you need are already available.

Audio - I’m not sure what the landscape is like these days for distributing audio. Podcasts are totally mainstream now, but that doesn’t mean it’s not all obfuscated for the beginner. The thing to remember is all that audio you’re hearing online is just mp3 files (or something identical to mp3 files) and you can produce those easily using an application like Audacity. You can then go podcast-pro on Libsyn, upload them to a social service like Soundcloud or you can just pop it on Dropbox-or-similar and share the public link.

Video - I pay for a Vimeo account. I don’t really use it to enough to justify it, but if I didn’t have it things would be annoying, so it’s a bit of a luxury. It also keeps me from using YouTube, which is evil and should be avoided unless you’re really after hundreds of thousands of views and are prepared to sacrifice your sanity to get them. Like most services Vimeo is constantly trying to pivot to the professional market and offers services that no mortal needs, but it’s nice and clean and consistent. My videos are produced using a hodgepodge of software. FFMPEG is the most gnarly and is good for automating repetitive stuff. I paid for Screenflow a few years ago as “better than iMovie but not Adobe-stupid expensive” drag-and-drop editor and it’s served me well, though I’m sure other options are out there. I still use Quicktime 7 Pro for some things, a 15 year old (!) piece of Apple software that is awesome and will stop working with the next OS update, which is bullshit.

Photos - I edit my photos in Lightroom which I pay a significant amount of money for each year. There are probably cheaper options that are just as good, but I like Lightroom so am kinda locked in. I am interested in other semi-pro apps to recommend to students though. For online hosting I still use Flickr. What else is there? Seriously, given how massive photography is it’s kinda astonishing that there isn’t anything better than Flickr out there. Hell, I seriously considered just using Dropbox as my photo site at one point (but then Dropbox started filling their web pages with “collaboration” bullshit, so meh to that). If you were looking to get your photos out there in a manner you can control that isn’t just a stream, I’d probably go with standard website publishing like the old days, or a PDF book. It’s a weird time, but weird times are often good things in the long term.

I’ll doubtless add things to this list as I remember things and welcome suggestions, but I guess the message I want to get across is there are many options and basic is often fine for what you need. Make something in some medium and make it available in a way that can be loosely joined to other things people have made.

And then maybe we can save the Internet from itself. 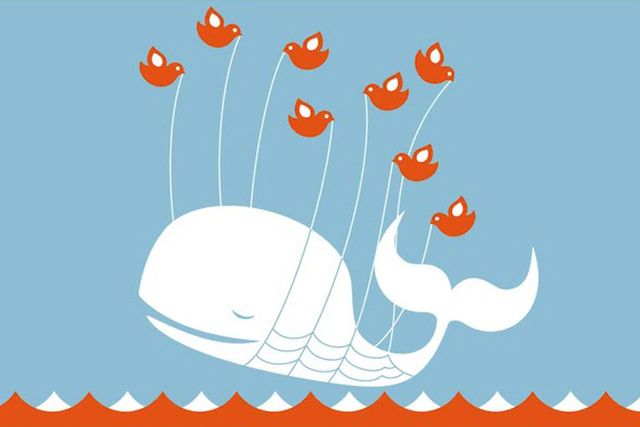 Birthday Books
Latest posts Update your Feed Reader! This blog has been mothballed. Revising the 1972 Project Starmer has effectively introduced a Twitter policy We desperately need social media literacy or the fascists will win History is constantly being “erased”, and that’s OK. Last week a jigsaw saved my life Lost in Bluster Insomnia Journal 07 May 20 Stirchley Safari Whales on the Hudson Closing the Covid browser tabs Solving (a bit of) the Coronavirus from home Stopping A proposal to support independent businesses that cannot survive social distancing A modest proposal for slowing down cars Cross City Walks - the movie Good composition is ideologically fraught Short Reviews of Films Understanding Gilliam, and other men of a certain age Grace Lee’s talk: Diary, Discourse and Demonetisation Star Wars is Over (in a good way) Election notes How to read articles on websites that don’t want you to read their articles Uranium Club RIP Tom Spurgeon Introducing Notes, my new microblog Lindelof’s Watchmen, and the creative employment of corporate IP Eisenhower and the Hippies The Widelux, as used by Jeff Bridges Media with Edges Art-trip to Liverpool