So I watched Watchmen, the new HBO series based on the comic published by their fellow Warners subsidiary DC, and it was good. Time will tell if it’s excellent or just OK, but for now it’s worth watching. I had reservations, of course, from the corporate fuck-you-ism of Warners continuing to exploit Alan Moore’s work against his wishes to the mild unease at the shall-we-say variable quality of Damon Lindelof’s oevre (the guy co-wrote the logic-bending Prometheus and Star Trek Into Darkness, for gollygosh sakes). But I’d seen good notices and gave it a spin. I liked it, mainly because it had very little to do with the Watchmen comic.

What has struck me, both from the interviews with Lindehof and the episode itself, was how he used the intellectual property, the IP, of Watchmen to tell another story. I got this sense that Lindelof really wanted to tell this story about race in America, rightly one of the main issues facing that country over the last decade, and Warners really wanted someone to exploit their Watchmen IP to the point where they were willing to throw millions of dollars at it, and Lindelof, who had reservations about going against Moore’s wishes, saw an opportunity to turn this into a good thing, maybe.

Another example came out of Warners recently. That Joker movie which clearly doesn’t need to be a “Joker” movie but which, by employing the dressings of the Batman IP, is able to command a significantly higher budget and audience than a film by Todd Phillips and Joaquin Phoenix about mental illness. (Apparently. I haven’t seen it.)

Yet another example might be James Gunn using Guardians of the Galaxy vol 2 to tell a surprisingly intimate story about personal growth which some have argued mirrors Gunn’s own personal growth from his days as an outrage-jerk at Troma. (Lindsay Ellis is good on how GotG is a weirdly personal film)

Oh, and another example might be how Taika Waititi used the platform of Thor: Ragnarok to make a really interesting film about colonialism which thematically fits perfectly with his more low-budget, low-audience films.

Tessa Thompson and her a spaceship in the colours of the Aboriginal flag.

You get the idea. The studios just want product that keeps their IP fresh and generating profits. As long as it does that, they don’t really care what it’s about. So as long as a director satisfies that and plays by the rules of popular film-making, they can make the film about whatever they like.

I find this interesting, because it fits with how this sort of storytelling works (in cinema and whatever we’re calling self-contained dramatic television series), but tweaks it for the current reality.

Writers have always used a form of text and sub-text to make their work more interesting. Black Swan is ostensibly about ballet, but it’s really about the psychological horror of seeking perfection, which is why for a ballet aficionado it fails, because the ballet part of it doesn’t really matter. It only exists to service the sub-text, the real story.

The Chernobyl miniseries does this a lot. For a piece that’s incredibly accurate in its details, writer Craig Mazin plays fast and loose with how the facts played out. Characters are composited, or placed where they weren’t. This doesn’t matter, because it’s in service to the bigger story, the important message about how societies deal with uncomfortable truths. In many ways Mazin is telling a story about the state of truth today and just happens to be using the historical event of Chernobyl to hang it on.

The thing with those examples is the creator has decided on both the text and the sub-text. In the case of franchise intellectual property, the creator doesn’t have much choice with the text. Maybe there’s a menu to choose from, if they’re in the position to choose, but on the whole they have to deliver something that fits the IP. The character has to enter the story in one state and leave in another having gone through some significant but ultimately harmless-to-the-IP changes.

What some writers and directors seem to have realised is that rather than being a dead-end of mediocrity that can, at best, bankroll their next heartfelt and authentic project, the franchise model can potentially give them a lot of latitude (and bankroll the next project - win win!). Because as long as they return the IP intact and deliver a shiny package that makes a load of money, they can do what they want.

Taika Waititi didn’t sneak a critique of colonialism into Thor. He took a story about colonialism and used Thor to get it to a wide audience. Lindehof hasn’t made a Watchmen series that touches on racism. He’s made a series about white supremacy in American and it’s getting watched because it’s wearing a Watchmen pin-badge.

In some ways it’s always been this way. The studio green-lights the high concept (New York gangsters!) and the director gets to make a nuanced epic about the human condition (The Godfather). It’s the age-old trick of getting the money to make your art without compromising too much.

But it’s interesting to see this happen in the age of so-called superhero movies now they seem to have moved on from the boilerplate origin story. We’re arguably at the place mainstream comics were in the early 80s, where young-gun auteurs can use these properties that capitalism cannot let die (hmm, there’s a sidebar - when capitalism is overthrown will we finally be rid of Batman?) to tell their own stories.

(See previously my take on Blade Runner 2049, an hour of really interesting ideas set in the milieu of a franchise, until the franchise takes over and it because about bloody Deckard.)

The more I think of this, the more examples come to mind. So here’s a list, updated until I think of it no more.

Criteria: A director and/or writer has delivered a piece of corporate intellectual property where the main story or message could exist in a personal film outside of studio franchises.

Guardians of the Galaxy vol 2 - see above.

Legion - Noah Hawley stretches the phrase “ostensibly an X-Men series” to its limit. An utterly personal vision using Professor X’s son. Contrast this with his Fargo series which is pretty much pure Fargo. 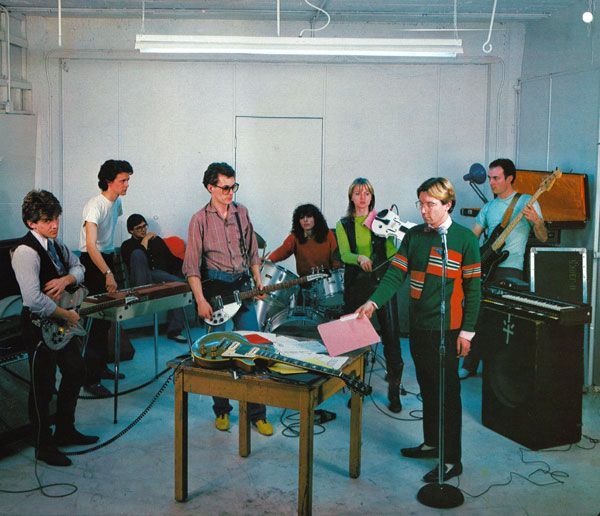 Introducing Notes, my new microblog
Latest posts Update your Feed Reader! This blog has been mothballed. Revising the 1972 Project Starmer has effectively introduced a Twitter policy We desperately need social media literacy or the fascists will win History is constantly being “erased”, and that’s OK. Last week a jigsaw saved my life Lost in Bluster Insomnia Journal 07 May 20 Stirchley Safari Whales on the Hudson Closing the Covid browser tabs Solving (a bit of) the Coronavirus from home Stopping A proposal to support independent businesses that cannot survive social distancing A modest proposal for slowing down cars Cross City Walks - the movie Good composition is ideologically fraught Short Reviews of Films Understanding Gilliam, and other men of a certain age Grace Lee’s talk: Diary, Discourse and Demonetisation Star Wars is Over (in a good way) Election notes How to read articles on websites that don’t want you to read their articles Uranium Club RIP Tom Spurgeon Introducing Notes, my new microblog Lindelof’s Watchmen, and the creative employment of corporate IP Eisenhower and the Hippies The Widelux, as used by Jeff Bridges Media with Edges Art-trip to Liverpool