After making my video last Autumn, The 1972 Project has stalled somewhat, thanks to something that happened around March. It’s also mutated because it comes from my brain, and my brain responds to circumstances, and circumstances have changed. The project was an attempt to make sense of the world as it is today by looking at the world 50 years ago, culminating on my 50th birthday in 2022, and the world today is very much not the world of last Autumn.

But the core idea hasn’t left me and I think it still has value. The state of today was born in the early 1970s, just as I was. Of course the seeds of the early 1970s can be found in earlier decades and so on, but for the sake of clarity I’m using my life as a frame of reference and it’s proven to be surprisingly fruitful one. 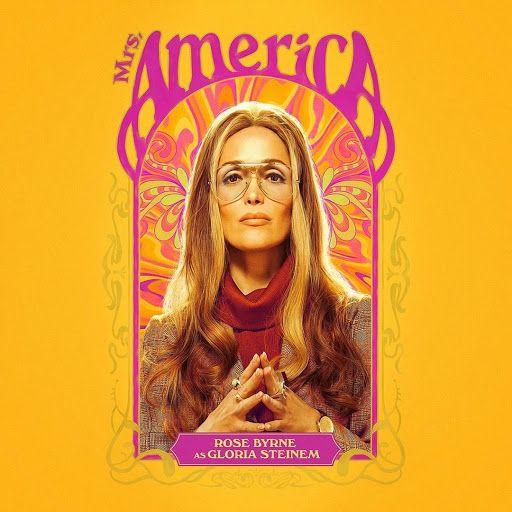 One side-effect of my furlough and lockdown has been the consumption of significantly more big-budget media products, specifically prepared for the television and cinematic industries. Attuned as I am to the concept of the 50 year cycle, I have noticed that I am not the only person exploring it, either explicitly or tangentially.

Mrs America is a high-caliber, talent-heavy television show ostensibly about key US feminists of the 1970s and their campaign to pass the Equal Rights Amendment against a backlash from conservative activist Phyllis Schlafly. But what it’s really about is the decline of a post-war consensus where liberals and conservatives sought compromise, and the emergence of the bifuricated political landscape, sparked by the embrace of Christian fundamentalism by the Republican establishment, that has lead, ultimately, to President Trump.

Regardless of its successes or failures, it’s a really interesting way to frame a historical drama, to be explicit about how it’s really about the now. All historical fiction (and sci-fi for that matter) is about the moment in which it was created, even if it doesn’t make it explicit.

A good recent example is the HBO miniseries Chernobyl, which, you might be shocked to hear, is not really about the nuclear reactor disaster. Nor is it really about how the Soviet regime was crippled by dogma and corruption. It’s not even about the danger of nuclear energy (which is actually very safe, presumably because everyone thinks it’s too dangerous, and could solve the climate crisis, except everyone thinks it’s too dangerous).

Chernobyl, the tv series, is about the denial of truth by persons whose power and authority depends on the denial of truth. It is about how uncomfortable realities that do not fit the narrative are swept under the carpet and not dealt with until it’s too late.

A year after broadcast the parallels with today are shockingly clear. You can broadly correlate those countries that have dealt best with the pandemic with those that have a healthy relationship to the truth. Those that had pretty much institutionalised reality denial in the years prior are suffering the most. When the pandemic began, Trump had full control of the Republican party while the UK had just elected a Brexit government lead by a man who seems to honestly believe the myth of British exceptionalism, and we won’t even start on Brazil. Swap out the reactor for the virus and that period from December to March is disturbingly similar to the last week of April 1986.

It’s worth noting that this was not just the individuals in power who refused to take this seriously. As the death-toll grew in China I was on a pub quiz team with the name “Coronavirus with a twist of lime disease” who were beaten by “Wuhan Clan”. In January I attended a workshop on risk assessments where the tutor, who had looked at the numbers from China, accurately predicted how the pandemic would play out, and we all laughed him off. Our leaders might have exploited this culture, but the culture was already there. Trump and Johnson are populist, opportunistic politicians after all.

Criticisms of the historical and scientific accuracy of the Chernobyl series, like Gloris Steinem saying Mrs America misrepresents the equal rights movement are fair but ultimately aren’t very interesting. Leaving aside the fact that 100% historical accuracy is both impossible and would make for terrible viewing, the value and purpose of history, beyond telling us what happened, is to help us understand and frame ourselves in the present. And so a piece of historical art should ultimately be judged on that basis. What does it tell us about how we became us?

The most shocking thing about Mrs American was, on a fundamental level, how familiarly it is drawn, how easily you identify with the heroes and villains. I suspect this was deliberate, because it made drawing the thematic parallels between now and then so much stronger. Mad Men, where Mrs America creator Dahvi Waller served as a producer, went to great lengths to show the period, and those living it, as alien to the present. The past was very much shown to be another country, meaning we would laugh in horror at the blatant discrimination and bigotry on display, satisfied that our 21st century society was cured of such ills. We would certainly not behave as Don or Pete might. Mrs America corrects that misnomer by having the lead characters behave and emote like 21st century women. Yes, the past was terrible, but the present is not that different, all told. Don Draper and Phylis Schlafly still walk amongst us.

The interesting thing about these types of shows is that they attempt to illuminate the present moment with a fairly narrow beam. Individually these beams threaten to miss the bigger picture - Trump cannot be explained purely by one bitter woman’s war against the feminist establishment. It is, as they say, way more complicated than that. But deep-diving into a niche does give us the tools to explore further. These stories are a curious mix of history and allegory, employing anachronism and modern narrative tropes to place us psychologically in that situation. You, the viewer, are invited to identify with Rose Byrne’s glorious, ersatz caricature of Gloria Steinem, to feel what it might have been like to fight her fight, so you can return to the present, as yourself, and apply what you’ve experienced to the now. It won’t give you all the answers but it might arm you with useful questions.

My take on the whole “explaining the present with the 70s”, as outlined in my video, has three touchstones. The NASA space program, the back-to-the-land counterculture movement, and the state of the modern corporate Internet. You can connect these three things through Stewart Brand, but as always the charismatic individual is less interesting than the ideas their work channels and the narrow beam it throws on history. Stewart Brand defined our present moment to the same degree Phyllis Schlafly, which is to say enough to be of note, but only partially.

(As an aside, I’m not the only one to make this connection. I was both delighted and daunted to see Joanne McNeil, a writer I admire, articulating what I thought were my ideas here and here. And of course there’s Fred Turner’s From Counterculture to Cyberculture, the perfect roadmap for this journey.)

The point is there are many ways to skin this cat. All eras are a bit puzzling when you’re in them, but ours seems particularly opaque and swampy. When pondering the 1972 project in the innocent spring of 2019 I was very aware that I did not want to “do an Adam Curtis”, notice a bunch of things and present my tenuous, half-baked conclusions in a compelling and definitive voice (cf). But I also kinda admire Curtis and like the way his films spark thoughts, even while they seem to deny the complexity and simply blame individuals. The Power of Nightmares was a transformative work for me and I owe it a lot, even though I came to reject his simplistic methodology.

I think I’m mostly going to use the essay as my medium for this. I like it and it’s not like the arts venues are particularly viable at the moment. Words on screen and potentially on paper - that’ll do for now. I think the first piece is going to be a review of Spaceship Earth, the recent documentary about Biosphere 2 which touches on so many relevant things it’s almost too much. Hell, the story pretty much bookended by the Whole Earth Catalogue and a young Steve Bannon and references the 1972 film Silent Running. Let me at it. 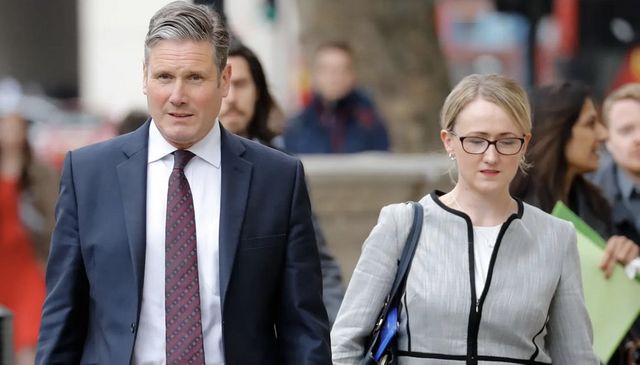 Starmer has effectively introduced a Twitter policy Update your Feed Reader! This blog has been mothballed. Every few years I like to completely change my blogging setup. And it’s that time again. Having spread everything around I’m now experimenting with
Latest posts Update your Feed Reader! This blog has been mothballed. Revising the 1972 Project Starmer has effectively introduced a Twitter policy We desperately need social media literacy or the fascists will win History is constantly being “erased”, and that’s OK. Last week a jigsaw saved my life Lost in Bluster Insomnia Journal 07 May 20 Stirchley Safari Whales on the Hudson Closing the Covid browser tabs Solving (a bit of) the Coronavirus from home Stopping A proposal to support independent businesses that cannot survive social distancing A modest proposal for slowing down cars Cross City Walks - the movie Good composition is ideologically fraught Short Reviews of Films Understanding Gilliam, and other men of a certain age Grace Lee’s talk: Diary, Discourse and Demonetisation Star Wars is Over (in a good way) Election notes How to read articles on websites that don’t want you to read their articles Uranium Club RIP Tom Spurgeon Introducing Notes, my new microblog Lindelof’s Watchmen, and the creative employment of corporate IP Eisenhower and the Hippies The Widelux, as used by Jeff Bridges Media with Edges Art-trip to Liverpool